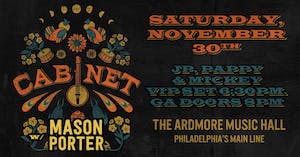 Cabinet wears their influences like badges, honoring the canon of roots, rock, reggae, psychedelia, blues, bluegrass, country, and folk, weaving these sounds into a patchwork Americana quilt. But this music isn’t romanticizing or rehashing the past. Cabinet makes it mark on today. The steady aim of their harmonies soar straight onto target each time, the soaring vocals giving voice to the story of each song. Their music takes the long way home, treating its listeners like passengers on a ride through scenic back roads. Their live shows are inclusive, celebratory, and community-building. Members Pappy Biondo (banjo, vocals), J.P. Biondo (mandolin, vocals), Mickey Coviello (acoustic guitar, vocals), Dylan Skursky (electric bass, double bass), Todd Kopec (fiddle, vocals) and Jami Novak (drums, percussion) all live and love music, and aren’t afraid to show it.

Cabinet formed in 2006, bringing together players from various musical and personal backgrounds. Some of the members were barely old enough to drink legally, but their thirst for older music was unquenchable. Whether its rustic "American Beauty"-era Grateful Dead or old-timey bluegrass, Cabinet has digested it all. But that is not to say that Cabinet recreates older styles. No, this is music that might have its roots in the past, but it is current and vibrant, with a sense of celebrating the now.

The band's 4th studio record, Cool River, is slated for a 10/13/17 release. This 8 song effort as recorded in late 2016 and early 2017 with renowned producer, Ben Collette at the helm. Fans can expect a much more electric energy from this record. 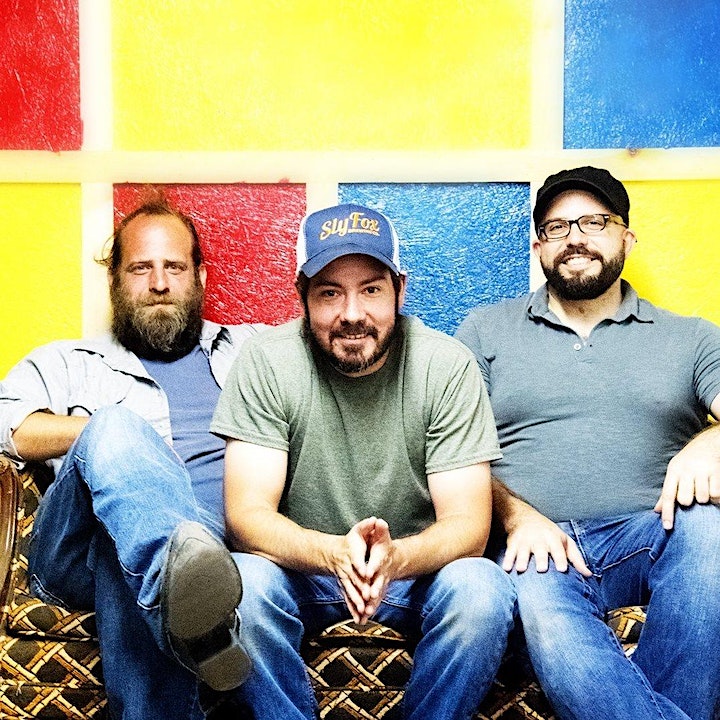 "Bluegrass musicianship meets jam-band exploration, delivered with a self-confident Philly attitude." Joe Hudak, -Rolling Stone. It's that raw energy that connects Mason Porter with their audience every time. They play a style of American music that's unique in many ways; traveling in the borderlands of rock, jam and folk and bluegrass. The band has the ability to combine the earthy, Appalachian instruments with more urban appeal. With a dance-able vibe, an energetic live show and fresh approach to improvisation, Mason Porter and its growing community finds itself at home everywhere they go. Mason Porter is comprised of Joe D'Amico (mandolin), Paul Wilkinson (guitar), Tim Celfo (bass) and Josh Steingard (drums).