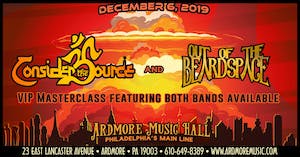 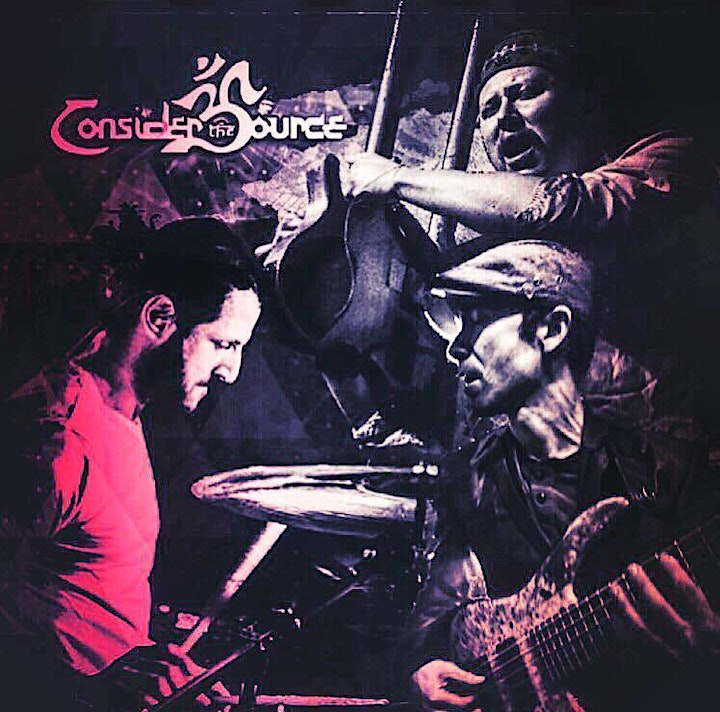 Sci-fi fusion trio Consider the Source defy easy categorization. If intergalactic energy beings, upon their initiation into an order of whirling dervishes, built a pan-dimensional booty-shaking engine powered by psychedelic math...it would sound like a cut-rate CTS cover band. With their blend of progressive rock and improvisatory jazz, soaked in Indian and Middle Eastern styles, CTS blends disparate elements into an utterly original whole. A relentless touring schedule has earned them a fervent following around the world, with fans ranging from jam-band hippies to corpse-painted headbangers.

Their latest album, You Are Literally a Metaphor, is the culmination of a fifteen-year musical journey. Packed with the same fury and dazzling virtuosity of their previous work, Metaphor is also a portrait of three musicians reaching new levels of maturity.

From the bluesy swing of “When You’ve Loved and Lost Like Frankie Has” to the ethereal electro-synths of “Sketches From a Blind Man”, CTS’s minimalist pop instincts stand shoulder-to-shoulder with progressive metal and freewheeling improvisation in a true expression of their omnivorous musicality. Three of Metaphor’s nine songs are Eastern European traditionals, but could easily be mistaken for the band’s original tunes, so singular has their sound become. CTS retain their signature fiery maximalism while pushing the hooky, anthemic songwriting to the forefront. Bassist John Ferrara’s new Taurus bass pedals and guitarist Gabriel Marin’s new custom Vigier double-neck guitar add new dimensions to the band’s already diverse sound.

This is an album born of comfort and growth. In the five years since World War Trio, the band has toured extensively, Marin and Ferrara have released side projects, and drummer/percussionist Jeff Mann has gone from a relative newcomer to a road-hardened veteran. After all this time, CTS knows how to create space for each other, how to finish each other’s musical thoughts and sentences, how to think as three individuals but speak with one voice. You Are Literally a Metaphor is a statement of confidence, an assertion of identity from a band with no reservations and nothing to prove.

CTS have performed in a half-dozen countries across three continents. They have shared the stage with a wide variety of artists, including: Victor Wooten, King Crimson Projekt, Wyclef Jean, Ozric Tentacles, Soulive, The Disco Biscuits, Papadosio, Turkuaz, Pigeons Playing Ping Pong, Wayne Krantz and many others. They have performed at festivals and events including: Electric Forest, Peach Fest, Gathering of the Vibes, Resonance, Summercamp, Shakori Hills, ProgDay, and Progtober. You Are Literally a Metaphor is available at considerthesourcemusic.bandcamp.com 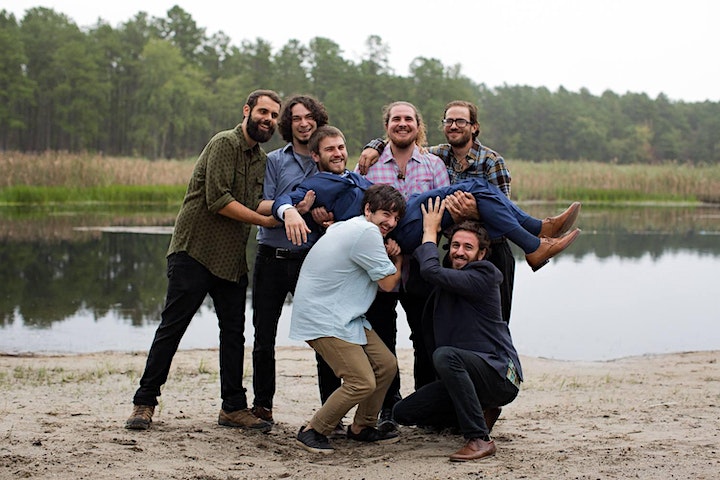 In a psychedelic explosion of sound and color, Out of the Beardspace expresses its wide range of emotions. Sections of improvisation flow seamlessly in and out of compositions which fuse jazz, pop, funk, rock, and more into a Beardly Beast that will certainly move you.

Having met as teenagers at the School of Rock, members of Beardspace have been making music together in some form or another for many years. As School of Rock students, they had the opportunity to tour in the US and Europe, perform with Rock Stars like Jon Anderson (Yes) and Perry Farrell (Janes Addiction), and play at music festivals like Lollapalooza in Chicago and Zappanale in Germany.

Upon graduation, different musical projects emerged which eventually converged into one: Out of the Beardspace. Since their formation in 2011, Beardspace has made a name for themselves by sharing their unique sound with audiences up and down the East Coast. They have appeared at countless venues and festivals sharing bills with bands like Moon Hooch, Lettuce, Consider the Source, Eoto, and more. They are also becoming a pillar of the DIY festival scene with their own festival Beardfest.

In a world where entertainment is too often reduced to a passive spectator/performer relationship; and where social interactions are too often reduced to quick moments of stolen time; and appreciation of nature is too often kicked aside for the pride of progress; Beardfest attempts to be a breath of fresh air. Lovers of music, art, nature, and knowledge look forward to an all-encompassing event every year.