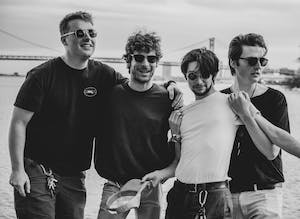 Heaven Man, I Think Like Midnight (ft. Dean Sabatino of The Dead Milkmen)

RFA is a four-piece garage rock and roll band from Philadelphia, PA. The strapping young quartet formed out of a couple of lunch table conversations about Elvis, The Rolling Stones and The Strokes, while its members were just sophomores in high school attending St. Joseph’s Prep in North Philadelphia. All four of the guys—Dan Cousart (vox/guitar), Christian Turzo (lead guitar), Brendan McHale (bass/vocals), and Alec Powell (drums)—met at auditions for the school “rock band” and quickly hit it off, bonding over their shared love of stripped-down rock and roll music and a raw, insatiable hunger to perform in front of an audience. A couple of kids with something to prove—and an eternal chip on their collective shoulder—they set to work carving out infectious little rock and roll songs, and honing their performances in basements, backyards, and barrooms, stomping their way through energetic rock and roll. With two EP’s, their self-titled album, two national tours, a film soundtrack, and countless hours of relentless, sweaty performances under their belt, the group is tighter than ever and anxious to preach their unique take on the rock and roll gospel to all that will listen—these four guys have something to say, and are going to say it the only way they know how: loud, proud, and with a shot of rye whisky for good measure. 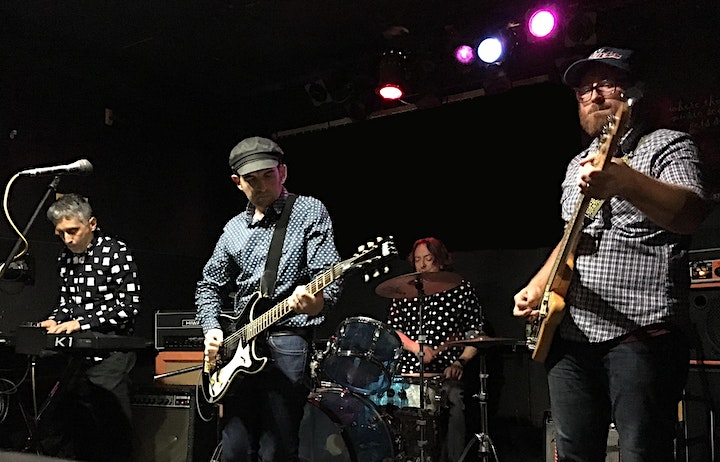 I Think Like Midnight is an instrumental rock band formed by longtime devotees of the lost art of the succinct rock instrumental. Begun as a recording project, guitarist/songwriter Andrew Chalfen (The Trolleyvox, The Wishniaks, Gimme) and drummer Dean Clean Sabatino (The Dead Milkmen, Baby Flamehead) were so pleased with the results that they decided to release the material and put together a full band, recruiting bassist Josh Newman (American Altitude, The Silver Ages, Heyward Howkins Band) and keyboardist Joe Genaro (The Dead Milkmen, Butterfly Joe, Low Budgets).

ITLM’s debut “Warm Seclusion Structure” (a term coined by the National Weather Service) was released in December 2014, surprisingly winning the praise of their instrumental heroes Pell Mell. The band has since honed their live sound, focusing on new material with forays into songwriting collaboration. The band recorded their new album over 2016-17 at Miner Street Recordings in Philadelphia with engineer Brian McTear (The War on Drugs, Kurt Vile, Waxahatchee, Sharon Van Etten) with additional recording by Chalfen at Trolleyvox Recording, with mixing by McTear and young upstart engineering genius Brendan Monahan.

"This Land Is Your Mind," is robust, expansive, deeply groovy, and definitely road-trip worthy. Highlights include the opener “Daychord,” a big sky driving opus with exultant melodic and sparkling nods to popsters like The Chills, the Krautrock-inflected Surf coolness of “Tuned Mass Damper,” and the epic closer “Miner Pocket Draft Gear,” which deftly mines both Television-like meters and pastoral psychedelic space rock. Lovers of the above-mentioned bands, as well as Yo La Tengo, Spoon, Luna, and The Sea and Cake will feel right at home.